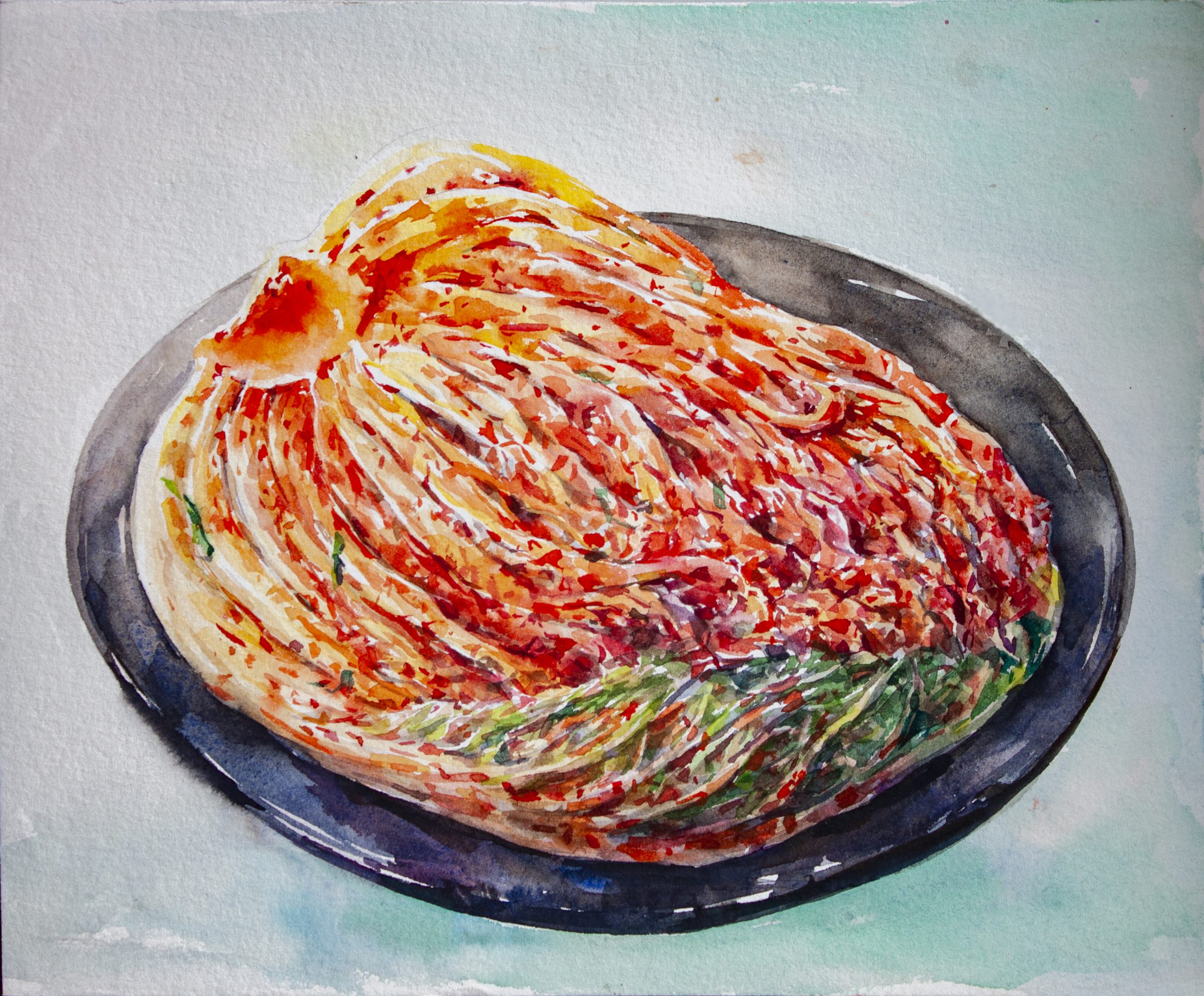 My mom made this simpler version of kimchi when she visited Chicago for my graduation from the School of the Art Institute of Chicago in 2016. I had a hard time getting used to the kimchi from Korean markets in America because they are a bit too salty for me and not spicy enough. My mom’s kimchi has a more refreshing taste so I started making my own kimchi ever since then. This kimchi is something between summer kimchi, which is chopped up before the salting process for a quick pickling process, and winter kimchi. I also added fresh red peppers. Koreans often use fresh red pepper for summer kimchi to bring a more refreshing taste when the kimchi from winter is done.

How to salt the cabbage:

How to make the broth:

How to make rice porridge:

How to make the sauce:

The final step to make kimchi 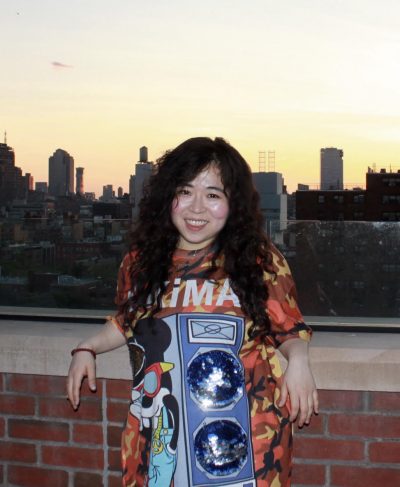 HyeGyeong Choi is a painter who works to address social and cultural issues that she faces as a woman. As a Korean woman, she has been subject to commentary and criticism based on the South Korean “high” standards of ideal beauty that define womanhood in a limited way. Similarly, taboos revolving around sexuality are deeply embedded in Korean society inevitably shaping how women are treated and objectified, resulting in a high level of sexual harassment and assault. Her work addresses these points of social friction head-on, dealing with body image, identity, gender, and sexuality.

She is currently living and working in New York and has been in the U.S for 10 years. She holds a BFA from Chung Ang University in Korea and MFA from The School of the Art Institute of Chicago. Her work has been included in exhibitions at Anton Kern Gallery, Chart Gallery, Harper’s Gallery in NYC, Zolla/Liberman Gallery, Chicago, Seoul Auction in South Korea, Richard Heller Gallery in LA, and many others. Her work has been featured in and written on by The Washington Post, Artsy, Hyperallergic, Artnet News, Chicago Tribune, Sixty Inches From Art Center, and many others.