Technologies are often delegated work that humans don’t want to do, much like how manual and behind-the-scenes labor are often assigned to humans who are dehumanized by virtue of race, class, gender, ability, and other biases. For artist Katherine Behar, technologies are performers and collaborators in human performances. Her undergraduate studies in performance art at School of the Art Institute of Chicago initiated her interests in human-machine entanglements.[1] Her work Roomba Rumba forwards her thought: Perhaps we should extend solidarity to machines and the non-human?

Roomba Rumba is a performance installation conducted by two Roombas (robot vacuums) with rubber trees mounted on top of them, vacuuming a green carpet to a karaoke track of Frank Sinatra’s High Hopes. The song is about a little ant that wants to push a rubber tree plant. When there are people in the room, anthropomorphic interactions happen between the Roombas and the humans, where people want to dance with the Roombas or pet the trees on top. What makes this work particularly interesting, however, is that humans are in the background throughout the performance—there is no one singing in the karaoke track, and the performers are the Roombas. The labor of cleaning, which might usually be performed by a housewife or underpaid domestic worker and hidden from view, is now made visible by the Roombas.[1] In addition, because the Roombas are the protagonists, audiences are forced to view the performance of this labor at the same vantage point as the laborers. In this way Behar crafts a form of human-machine solidarity.

“I think I can make a statement that seems really quite extreme and controversial, that we should extend worker solidarity or feminist solidarity to inanimate objects. If we do that, then we can start to treat other humans, or less-than or more-than humans better. We can also treat the object world better.” – Katherine Behar[1]

Behar believes that human-machine solidarity on a deeper level is possible when we start thinking about what counts as human, or who deserves sympathy, which is culturally determined in the first place. She mentions the Black Studies scholar, Sylvia Wynter, who talks about the category of “human” as based on racialized exclusion.[1] As an artist, Behar makes the seemingly extreme statement that we should extend solidarity to inanimate objects as well. She suggests that if we let go of human exceptionalism and treat the object world better, we might mitigate the harmful impacts human behaviors have already brought to the Earth.

According to Behar, the idea of human-machine solidarity and “object-oriented feminism,” a term she created in 2010, are closely integrated. Object-oriented feminism plays with the term “object-oriented ontology,” and recognizes that women have already been objectified, and one way this is reflected is through labor.[1] Behar was influenced by the history of technology and “women computers”—in the past computers were a job given to women who performed tedious mathematical computations, a task now given to machines.[1] These ideas have been underscored by scholars including Wendy Chun, Jennifer S. Light, and N. Katherine Hayles and even the popular film Hidden Figures.

By directing feminist solidarity to objects and by questioning the position of human, Behar pointed out a very important aspect of her work, that the subject position (the I), rather than the object position, should be questioned. To Behar, feminism is a very broad term and ethic that can be extended to intersect with race and also to objects. Rather than a feminism that would include different categorizations of people and subjects, she avoids this methodology based on inclusion and exclusion—the same kind of logic that gave rise to gender inequality.[1]

For Behar, the interrelation between race and technology doesn’t stop at human-machine solidarity. She is also interested in the idea of “race as a technology.”[7] In the language of performance, Behar describes race as a technology that performs the work of categorization, categorizing, and dividing humans based on skin color, for example. This division is illustrated in another work of hers Not from Asia. The piece is a Rubik’s cube with a picture of a reCAPTCHA reproduced on all sides. The reCAPTCHA is one that Behar actually encountered in real life, and took a screenshot of, in disbelief.[1] reCAPTCHAs ask people to prove that they are not bots when they want to visit certain websites, and in this case, the reCAPTCHA asked Behar, who identifies as being from Asia ancestrally, to prove that she is not a robot by transliterating and affirming that she is “Not from Asia.” By the same logic, the question equates being Asian with being a robot or non-human.[1]

This work is also closely related to Behar’s decelerationist view on algorithms and optimization. The reCAPTCHA’s function of sorting is similar to algorithms. They both classify objects that satisfy certain standards into groups—groups of humans vs. non-humans, for example. Behar is influenced by another scholar Louise Amoore, who talks about algorithms as being ethical.[1] Algorithms, by their nature, create clusters of belonging and not belonging on the basis of patterns. Applying the idea of race as a technology, Behar believes one could say that algorithms are racializing. Unlike algorithms, optimization does not classify, but is equally harmful. In a capitalist society, the process of optimization excludes anyone who is underperforming and swaps them for more efficient components regardless of their race or humanness.

“I propose decelerationist aesthetics as an aesthetic form. Form could slow process. It could gum up the gears of the capitalist optimization that’s that race to the bottom, the race into unemployment.” — Katherine Behar[1] 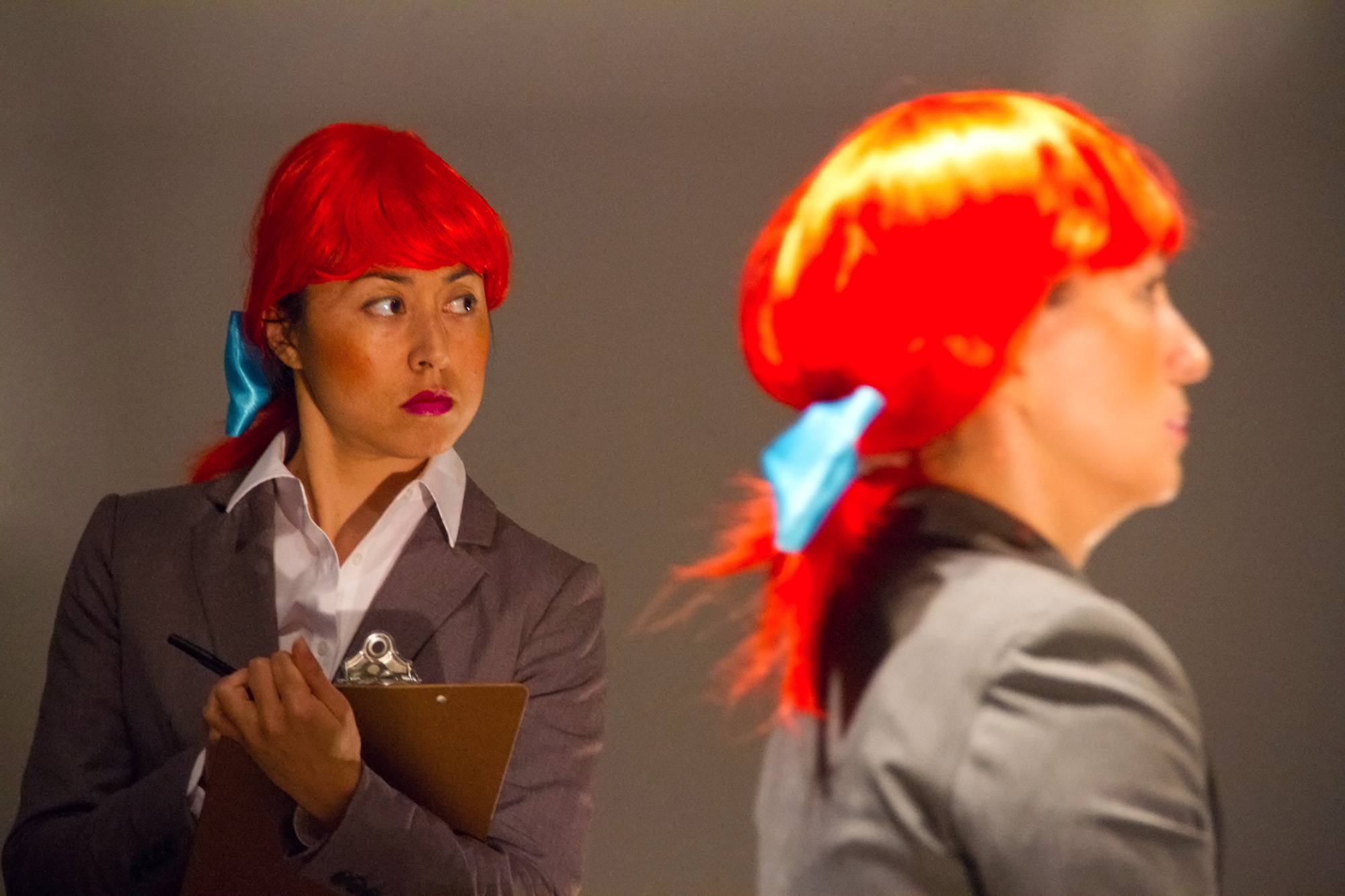 Behar’s collaborative work with Marianne M. Kim Disorientalism, is a project on racialization and labor that has been ongoing for more than 15 years. The Food Groups series of video installations, within the umbrella project Disorientalism, is a five-chapter project where each chapter focuses on a food industry trade character with the artists adopting their personas. These characters include Wendy of Wendy’s old fashioned hamburger, Aunt Jemima, the Land O’Lakes Indian maiden, Sun-maid the raisin girl, and Miss Chiquita of Chiquita bananas, the last of which is still a work in progress.[1] Behar notes that these characters were created based on real people before they became a piece of media circulated as a trademark. She is interested in the affective labor performed by these characters. This affective labor produces emotion and affect, like the element of love in mom’s home cooking, which is mapped onto mass-produced food. In this way, the material labor in the production of commodities, the affective labor, and these racialized trade characters become intermingled.[1] 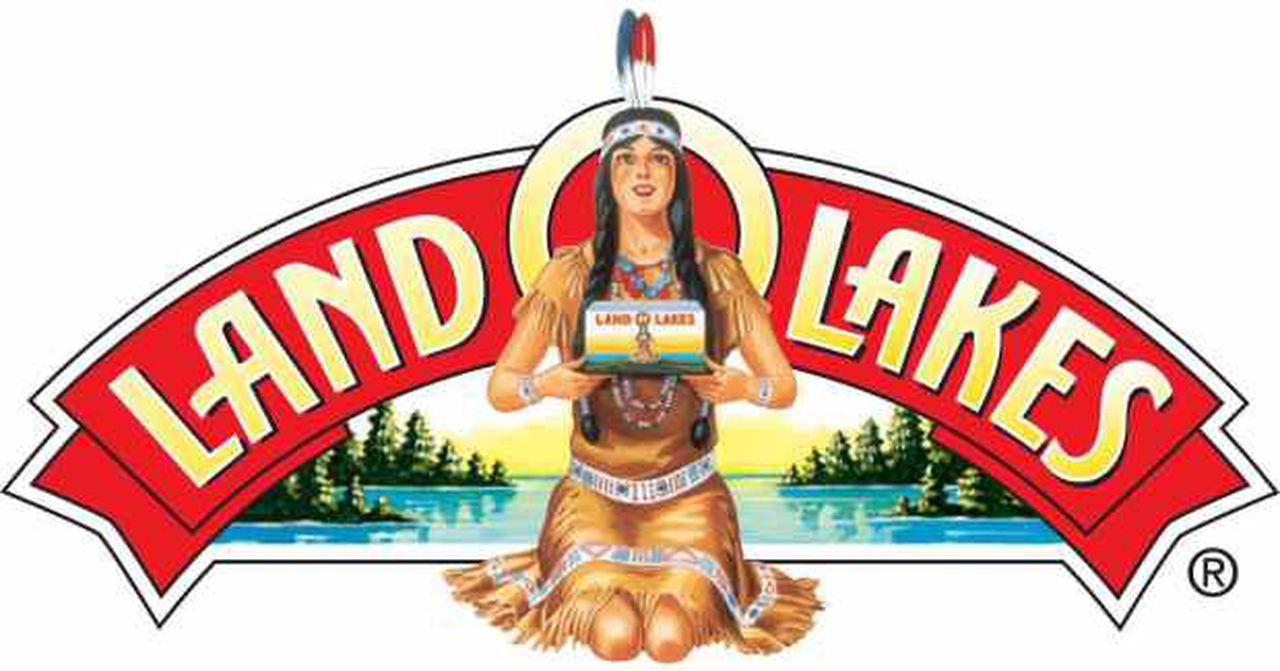 Behar notes that the ongoing work with The Food Groups has always required rethinking and reprocessing due to constant efforts of corporate rebranding, including the decisions to take the Indian Maiden off Land O’Lakes and to take Aunt Jemima off from the pancake mix and syrup packagings. In fact, multiple rebrandings have happened in the media lives of these characters. One prominent example discussed by Behar is the digital makeover of the Sun-maid raisin girl, whose initial inspiration was a woman named Lorraine Collett who was discovered by a marketing man when she was drying her hair in California. In the late 2000s, she was made into a 3D avatar which the company claimed was meant to remove her ethnic features (the statement was later taken down). Behar pointed out this avatar weirdly resembles “the New Face of America,” a TIME magazine cover portraying a computer composite of a fully racially blended face. The pair of artists are interested in the eerie, generically racialized new face of the raisin girl. Through their performance and video, they interconnect the ideas of labor and the American belief in migration, self-reinvention, and westward expansion in the raisin girl chapter “A New Face.”[1]

According to Behar, the title “Disorientalism” is a portmanteau of two concepts. The first is the concept of orientalism by the post-colonial scholar Edward Said; the second is a kind of double disorientation discussed by Lisa Nakamura.[14] Said believes that orientalism helps identify the Orient as a constructed term to secure Western hegemony in global culture[15], and global culture is exactly what technology promises. Nakamura describes the early internet as doubly disorienting for people of color, since the liberty promised by the web, that the user can let go of their central position and occupy any otherized or marginalized perspective, is doubly disorienting for people who are already marginalized.[16] The two artists believe that they can embody the double disorientation and that they will always be further disorienting their efforts.[1]

Behar is working on  two exciting new projects. The first is a series of work, writings, and panels around “artificial ignorance,” a term created by the artist. The concept is a critique of artificial intelligence as a technology considered intelligent only because it is developed in the image of a human. For Behar, this is the same human exceptionalism that led humans to think of themselves as subjects rather than objects. The other new work is titled Anonymous Autonomous, a project that explores the automation of labor by turning office chairs to driverless “cars.”

Katherine Behar is a performance, installation and media artist, and writer. She works in a wide range of mediums and formats including interactive installation, performance art, public art, photography, and video art, often mixing low and high technologies. Behar’s works discuss labor, gender, technology, and race in digital culture through an interdisciplinary lense. She is Associate Professor of New Media Arts at Baruch College and The Graduate Center of the City University of New York (CUNY). Usually based in Brooklyn, she is currently working from her temporary studio in Toronto due to the pandemic, focusing on projects that require less institutional support and smaller teams of people.

Behar has exhibited throughout the US and the world. Her survey exhibition Katherine Behar: Data’s Entry | Veri Girişi at the Pera Museum in Istanbul, Turkey, documented eight years of her work. Behar also writes and lectures widely on ethics of emerging technology, technologized labor, and feminist media critique. She coined the terms “object-oriented feminism”, “decelerationist aesthetics”, and “artificial ignorance” in 2010, 2012, and 2018, respectively. She is the editor of Object-Oriented Feminism (University of Minnesota Press), and the author of Bigger than You: Big Data and Obesity (punctum).

[7] A concept proposed by scholars like Wendy Chun and Ruha Benjamin.

[14] Lisa Nakamura is a digital studies scholar born in 1950, who examines race in digital media.