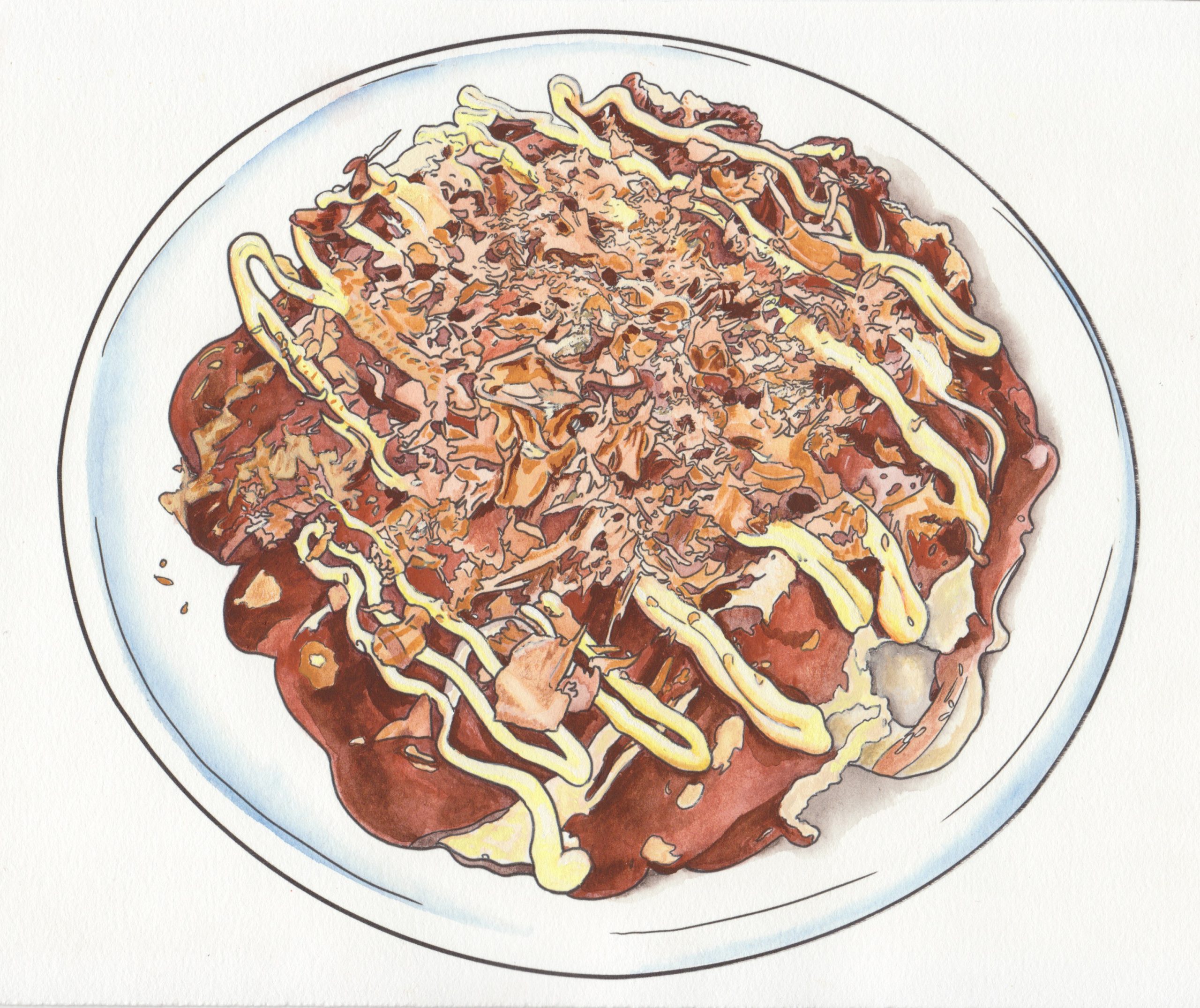 Okonomiyaki is a savory pancake with a variety of ingredients, and often available as street food in Japan. There are few different styles, depending on which region you live in. Two popular styles are Osaka style and Hiroshima style. I personally grew up eating Osaka style, but my Okonomiyaki has turned into a kind of hybrid. This is one of my favorite comfort foods from home. It’s easy to make at home, and also a great street food I could get at summer festivals while I was in Japan.

After experiencing Hiroshima style okonomiyaki, I made a small change in my recipe. While Osaka style okonomiyaki is mostly all ingredients mixed in the batter, Hiroshima style is in separate layers with the pancake,  resembling a tortilla with shredded cabbage, fried egg, fried noodles, and meat. It’s a great comfort food. Invite some friends over and enjoy it with beer.

This dish grew on me after leaving my home country. Okonomiyaki became my one of my “repeating menus” of Japanese dishes I cook at home. There were a lot of tough times in my life, but cooking is one of the few things that’s consistent. The preparation, the aspect of performing, is my daily routine that brings order to my life. It is comforting, and I find more joy in cooking now during quarantine life. When it’s time to cook, I can stop either working or stop trying to find tasks to do and go to the kitchen and cook something good. 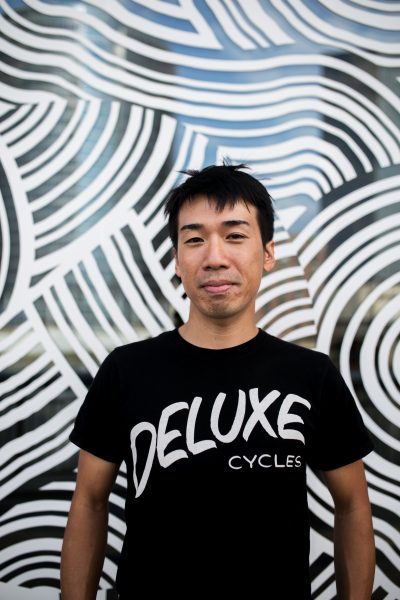 Taro Takizawa is an artist who focuses on printmaking, wall vinyl installations, drawings, and 2D designs. Born in Japan, he has been making images connecting what he has experienced in Japan, where he grew up, and the U.S., where he moved in 2002 and currently resides. His works contain both Western and Eastern aesthetics with an appreciation of traditional printmaking processes and mark making. He is fascinated with blending the boundaries of contemporary studio practice and traditional processes, printmaking, and installations, influenced by traditional Japanese patterns from textile designs, architecture, and crafts.

He received his BFA with an concentration in printmaking from Central Michigan University in 2011, and an MFA in printmaking from Syracuse University College of Visual and Performing Arts in 2017. While working on his master’s degree, Takizawa has exhibited nationally and internationally including at Fowler-Kellogg Art Center, PARADOX European Fine Art Forum and its exhibition at CK Zamek in Poznan, Poland; ArtPrize 10 at Grand Rapids Public Museum; LUX Center for the Arts; Ty Pawb in Wales; and China Printmaking Museum. Recently he held artist residencies at Saltonstall Foundation for the Arts in Ithaca, NY; Morgan Conservatory in Cleveland, OH; and GoggleWorks in Reading, PA.