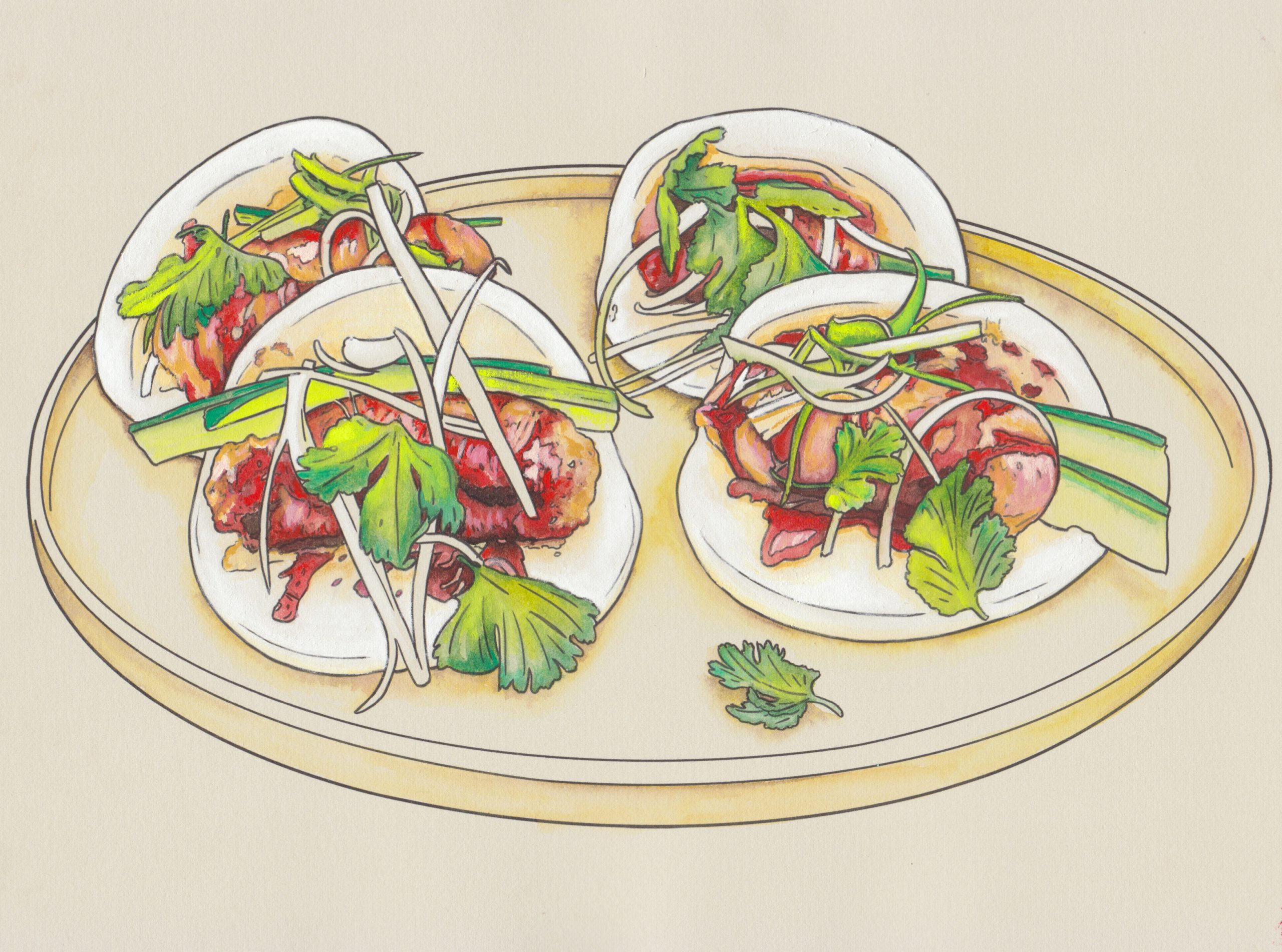 This recipe comes from my performance series Meat My Friends which originated in the gallery, but by popular demand became a regular pop-up event. Meat My Friends is a gathering of artisanal sausages that take storytelling to another stage, the plate. The sausages were developed as a performance, each sausage is inspired by the stories of my family and friends’ lives. The first series of homages are to my father. A variety of sausages are on offer at a series of pop-ups and wholesale and the artist also collects stories and narratives to inspire new sausage homages.

​Meat My Friends uses quality meat, local ingredients, organic where possible, and strives to be an ethical sausage from all levels of production, including paying workers a living wage.

Pork My Buns XXXX is made in honor of Christopher Lee, an Asian American transgender filmmaker and founder of the SF transgender film festival (originally called TrannyFest), which continues to this day. A pioneer filmmaker, known for making trans porn, Lee’s death catalyzed a movement for change. To the outrage of friends and community after his death, the coroner’s office deadnamed and misgendered him on his death certificate. Friends were spurred to action and quickly organized to get California legislation “Respect After Death Act” passed. The “Respect After Death Act” mandates that a person’s gender pronouns are respected after death.

Pork my Buns XXXX sounds dirty but it’s just a little char siu BBQ pork. In Lee’s honor, this sausage is made into little chubby, stubby, links that are cooked and serve in buns steamed and splayed open and slathered with hoisin and flogged with scallions and cilantro. Orientalize this! 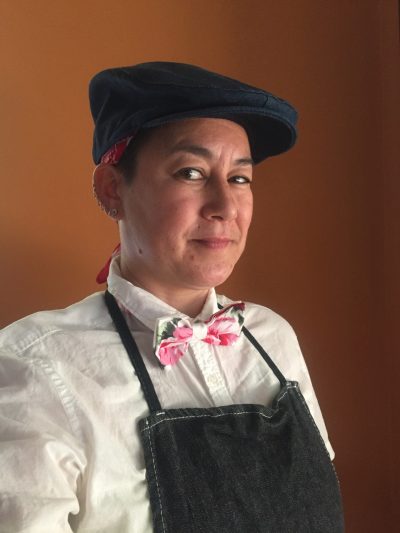 Genevieve Erin O’Brien (they/them) is a Queer Vietnamese/Irish/German artist with 20+ years as a community organizer, trainer, cultural producer, and chef. O’Brien holds an MFA in Performance from the School of the Art Institute of Chicago and was a Fulbright Fellow to Vietnam in 2009. O’Brien has been a frequent lecturer in Asian American Studies. Their short film For The Love of Unicorns has screened internationally. O’Brien received the Department of Cultural Affairs, City of Los Angeles’ Creative Economic Development Fund in 2015 and 2016. As a US Dept. of State/ZERO1 American Arts Incubator Artist, O’Brien traveled to Hanoi to develop a digital media project highlighting LGBTQ visibility and equality in 2016. Recent works More Than Love on the Horizon and Sugar Rebels were commissioned by the Smithsonian Asian Pacific American Center. The Critical Refugees Studies Collective of the University of California recently funded O’Brien’s current performance series Refugee Resistance Menu. O’Brien, once a butcher’s apprentice, is also a private chef and chef/owner of sausage enterprise Meat My Friends (www.eatmeatmyfriends.com).